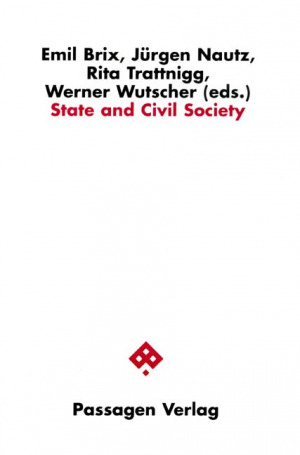 State and civil society, these are the spheres traditionally delimited from each other which frame the discourse about the history and the future of our political systems.

While the concepts of civil society have considerably won influence in the normative debates as well as in political and governmental practice, the state is put in question again and again. The current problems of the European state are caused by an interaction of deficits of public finance, Europeanisation and Globalisation. The ideas of the future of the state range from insignificance of the nation-state to its new definition based on a modified distribution of tasks between individuals, civil society and the state. In both cases the individual and civil society organisations will become more important for the realisation of a “good life”. The central questions of this volume are: How will the new distribution of competencies develop between state, civil society and the individual? Which interactions exist to the processes of Europeanisation and Globalisation? Finally it will be asked how governance and participation will develop under the condition of a new distribution of power and competence. New forms of governance are discussed: Internationalization, Europeanization, modification of the Austrian culture of governance and the role of non-state actors.